Get a Quote*
Find an Agent Log in to MyTravelers®

The Science of Gas Grill Fires 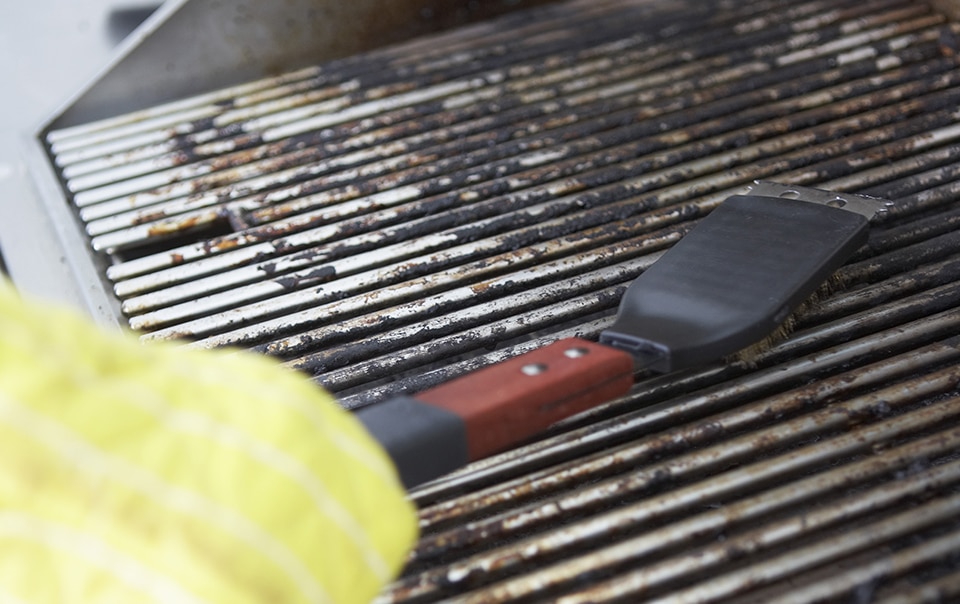 At laid-back barbecues and neighborhood gatherings across the country, the grill has become a popular fixture. While grills may be a convenient way to cook, they still require regular maintenance. Nearly 9,000 fires a year, on average, involve grilling.

Five out of six of these reported fires involved gas-fueled grills.1 So what causes a gas grill to catch on fire? We’ll take a look at three of the leading causes, and explore the science behind gas grill fires.

1. Failure to Clean the Grill, Including the Grease Trap

As grease drips from hamburger patties and collects in the grease trap, a secondary fuel source is quietly accumulating. It doesn’t take too many barbecues for that grease trap to fill and create a dangerous condition. In addition to grease, spiders and other insects can build nests in the burner tubes. This can obstruct gas flow, resulting in what is called a “Flashback Fire,” which causes flames to come out around the control panel.

What causes grease fires: When the grill cover is closed and the burners are on, the temperature within the grill can reach very high temperatures (>500°F) in just a minute or two. If residual grease is present, it can ignite and release an incredible amount of energy that can quickly spread to adjacent items or even your home, depending on where the grill is located. This is not the only way residual grease can ignite. Flare-ups from cooking fatty foods or meats that have been marinated in oil (an expected part of the grilling experience) can also ignite residual grease if allowed to accumulate.

What causes Flashback fires: Spiders or other small insects may build nests in the burner tubes (the tubes that lead from the valve to the burner), which can obstruct the flow of gas to the burner. While there may be enough gas flowing to the burners to allow them to light, the obstructions can cause some of the gas to back up and flow out of the air shutter located near the control knob. These escaping gases can ignite and can represent a fire or injury hazard.

What you can do: Regularly clean your grill, paying particular attention to areas where grease can accumulate. These areas include around and under the burners as well as the grease cup, which is typically located under the grill. Other areas where grease can accumulate are on the flame tamers – these are the flat pieces of steel that are typically located above the burners to distribute heat evenly throughout the grill.

You can also avoid excessive flare-ups by trimming meat or using a lower heat setting when grilling. To prevent flashbacks, you should regularly inspect the burner tubes and clean with an appropriate bottle brush. Between cleanings, check the flames on your burners. If they are uneven across the burner or yellow in color, this may indicate blockage.

2. Having the Grill too Close to Something that Could Catch Fire

On a rainy day, it might sound like a good idea to set up the grill on the porch or under an awning to keep you and the food dry. But the heat from the gas grill can ignite other materials nearby, which can lead to property damage, included melted siding, and could spread to engulf the house or other structures.

What causes it: If you are grilling near exterior siding, shrubs and other nearby combustible materials, you could be serving up the ingredients for a serious fire. Heat and flames from the grill can radiate further than you may expect. Flare-ups and grease fires will generate substantial heat, and combined with wind, the flames can reach three or more feet away from the grill.

What you can do: Always grill in a well-ventilated area and at a safe distance from structures, including wooden railings and other combustible materials, such as shrubbery. It is important to follow the manufacturer’s instructions when trying to determine where to place your grill. Be sure to place your grill on a flat, stable and non-combustible surface. Do not grill under patio overhangs, in enclosed porches, on combustible decking or near overhanging branches. Clear away accumulated leaves and other items from the grill area.

Even if your grill is located well away from your home or other combustible objects, it is unwise to leave the grill unattended. Children or animals may be injured if they come into contact with a hot grill. In addition, flare-ups or grease fires can threaten gas lines or even the propane tank.

Leaving the grill area unattended, even for a minute, means you can’t react to quickly changing conditions.

What you can do: Remain at the grill at all times when it is turned on, and take steps to reduce the risk of fire by following manufacturer’s instructions for inspections and maintenance; keep your grill clean from grease buildup and protect against flare-ups. 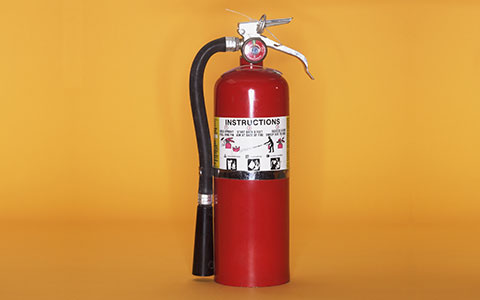 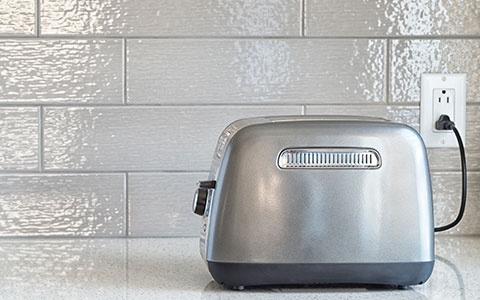 Kitchen fire safety extends beyond cooking, as these types of fires can also be caused by appliances. 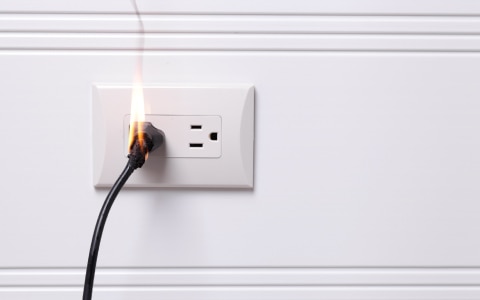 How to Help Prevent House Fires

There are many causes of house fires, including faulty wiring, alternate heat sources, cooking and more. 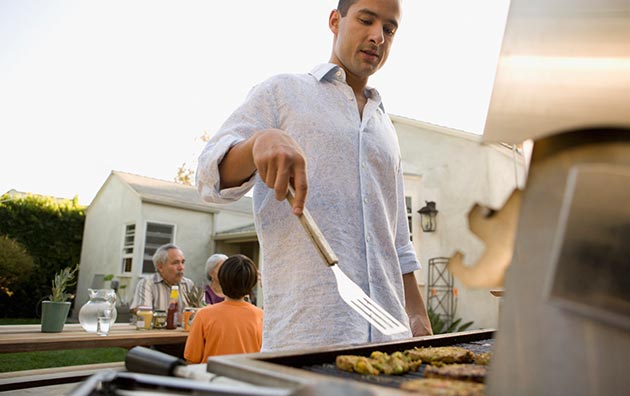 Planning on grilling? Protect yourself from potential grilling dangers.

Personal property insurance can cover your belongings if they're damaged in a covered loss.

From jewelry to collectibles, you may have more valuables than you realize. Make sure your home insurance policy provides the coverage you need.