A high number of consumers (56 percent) worry that the world is becoming a riskier place, according to the 2016 Travelers Risk Index. Cyber threats, including identity theft and personal privacy loss, worry 55 percent of consumers. A majority of consumers (61 percent) worry that severe damaging weather events are becoming more frequent. More than one in four consumers also cited concerns about having the right skills to meet changing workforce needs as a top concern. Learn more about consumer concerns.

The perceived change in risk is close to that of 2015; older Americans are more inclined to feel their world is becoming more risky: 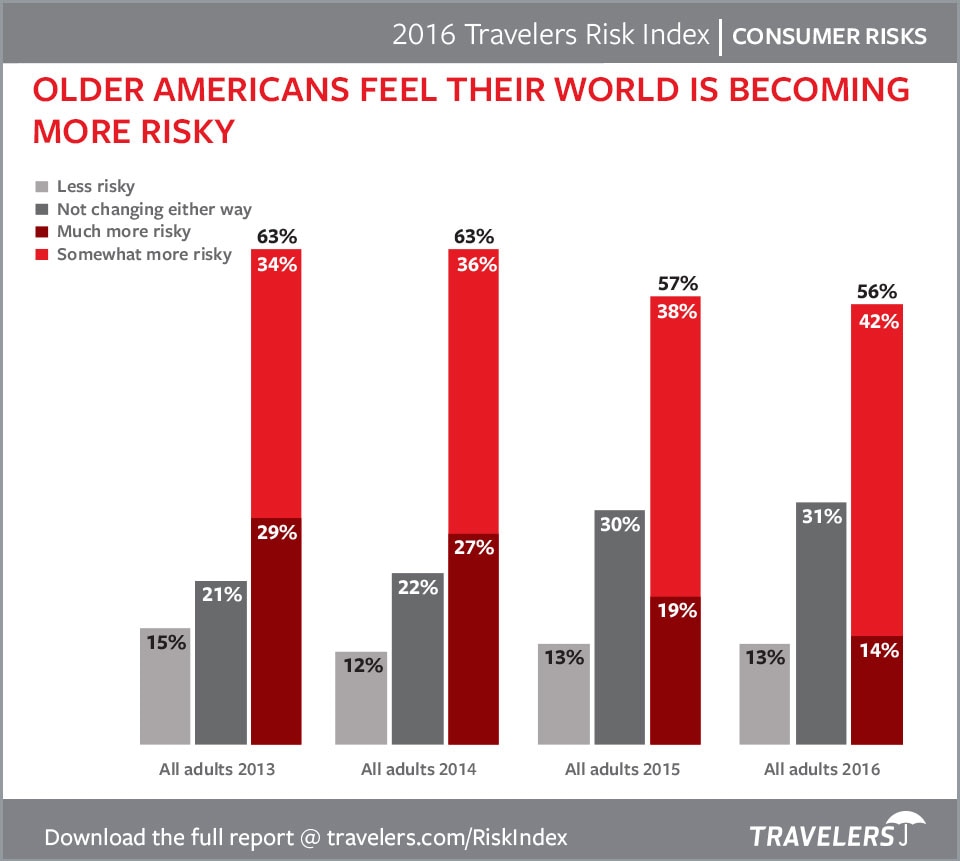 As in prior years, financial concerns top the list of general risks, with personal safety concerns and risks taking second place in 2016: Emerging risks over the next five years: 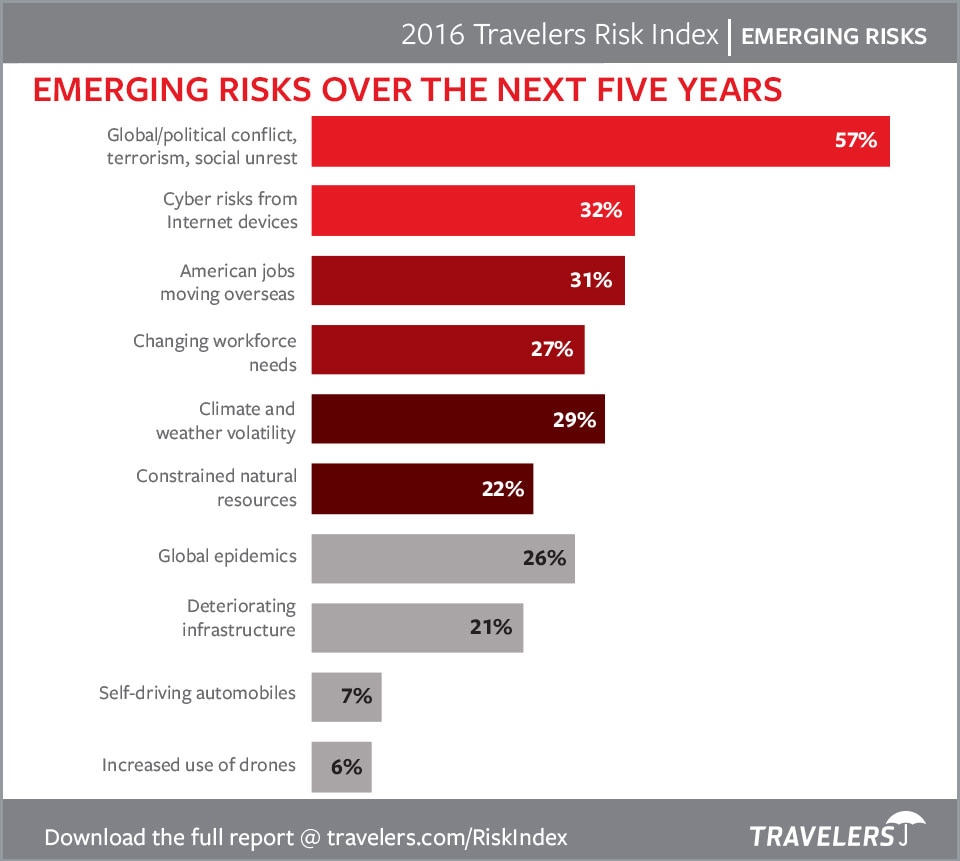 Concern about distracted driving shows a steady rise from 2013, with nearly six in 10 considering this a major concern in 2016:

Americans worry most about the risk of other drivers’ distractions from mobile devices–more than their own distraction as a driver or pedestrian distractions: 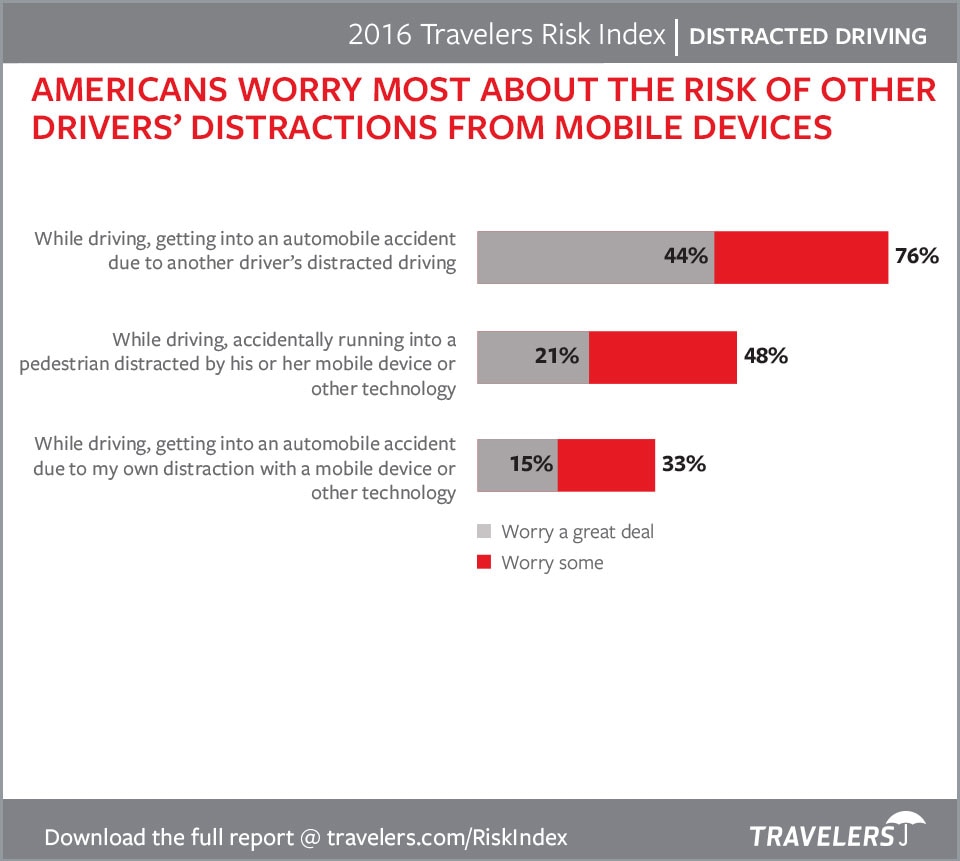 About half of Americans feel it is at least somewhat risky to use a cellphone or smartphone while walking; again, the perceived risk increases with age: 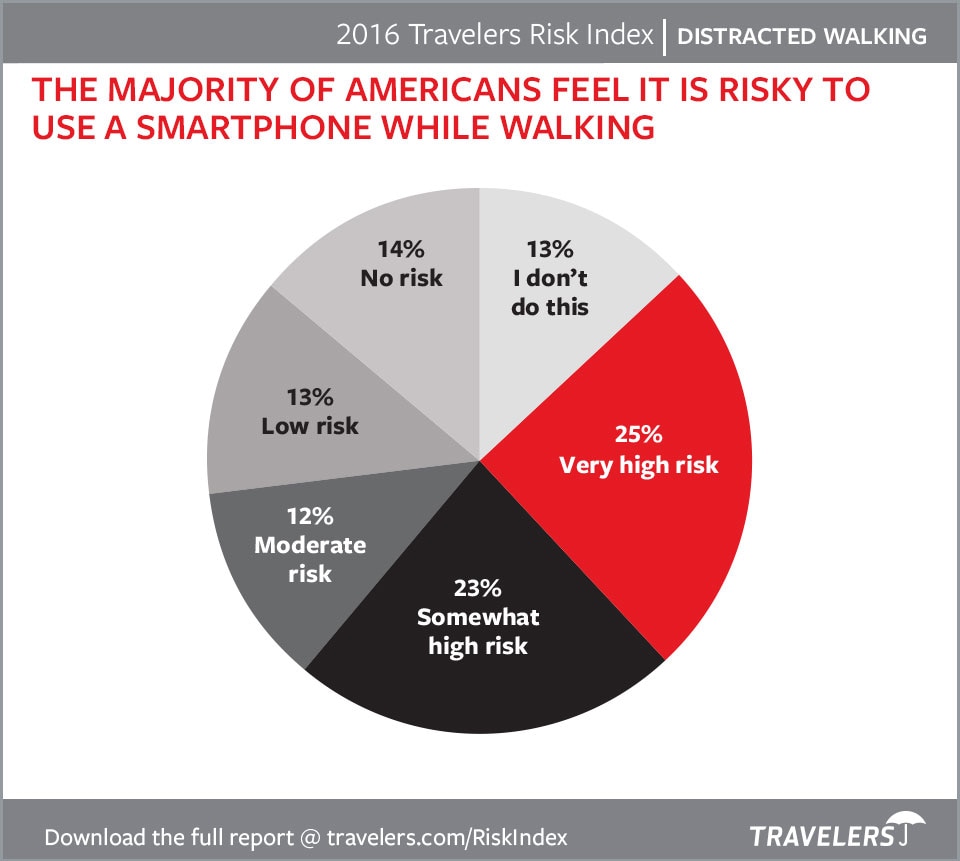 In 2016, a majority of consumers continue to feel that severe damaging weather is becoming more frequent across the U.S.; fewer feel this way for their local areas: 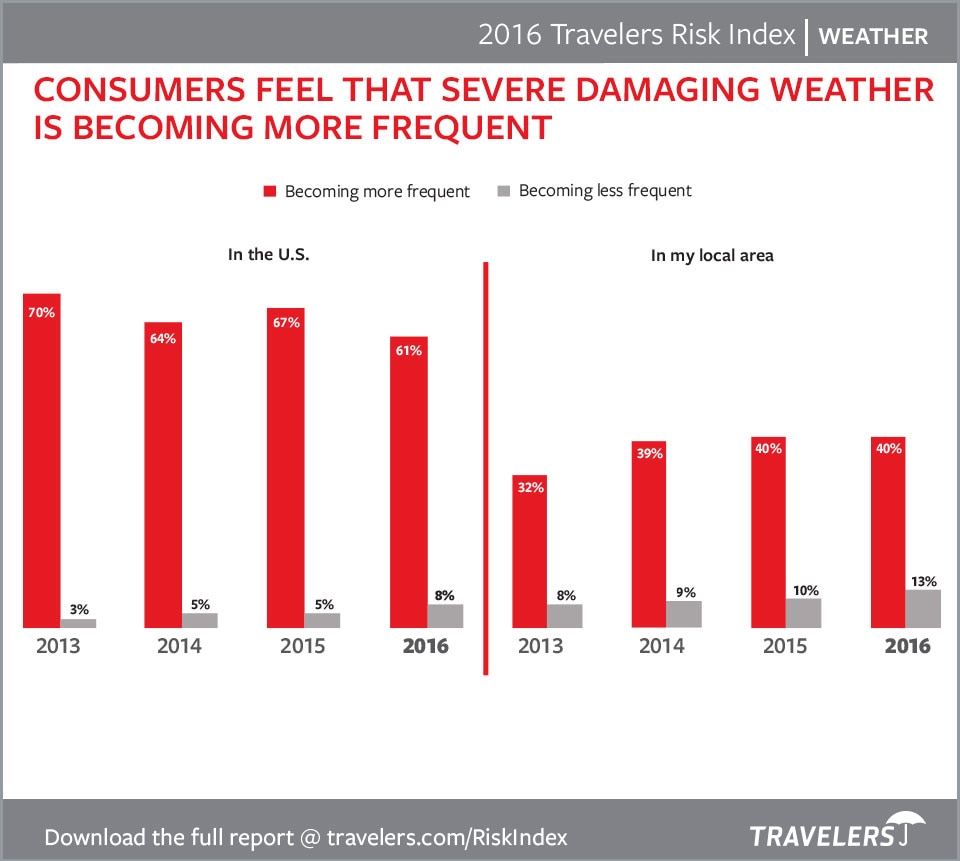 The most commonly taken risk prevention measures for home and property are installing carbon monoxide and smoke detectors and annual car safety checks:

Somewhat more than half of decision makers evaluate their insurance needs at least once a year; renters tend to evaluate their needs more often than homeowners: 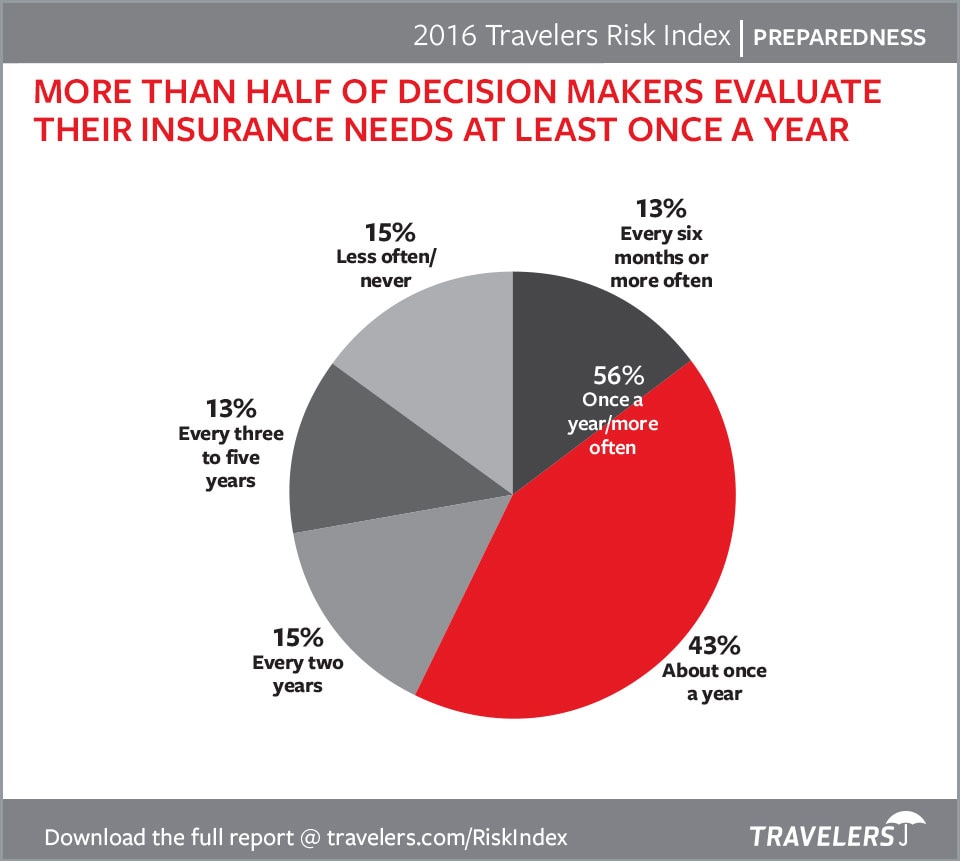