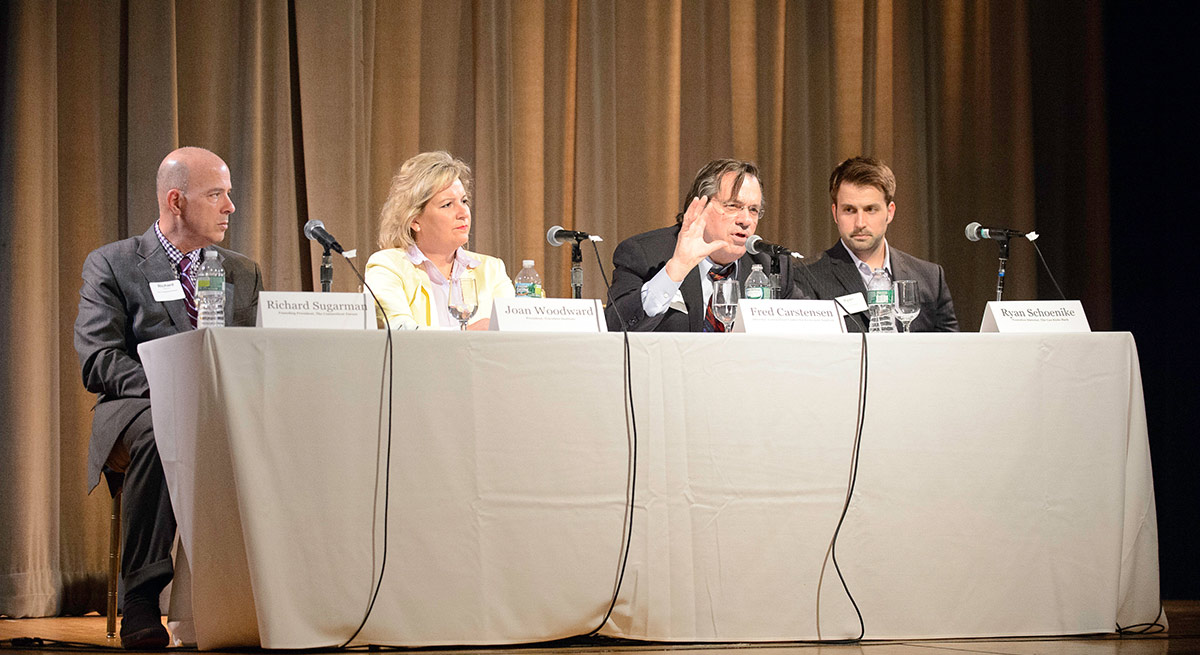 Expanding on the success of its University Symposia Series, the Travelers Institute hosted a special screening of “Overdraft" for young professionals held in conjunction with Hartford Young Professionals and Entrepreneurs (HYPE) and the Wadsworth Atheneum Museum of Art, America’s oldest public art museum. Members of HYPE, Wadsworth and the Young Professionals of Travelers network arrived for a pre-screening reception and then joined Richard Sugarman, founding president of The Connecticut Forum, as he guided a post-screening discussion on the national debt and its implications for the younger generation. Click for a full summary.