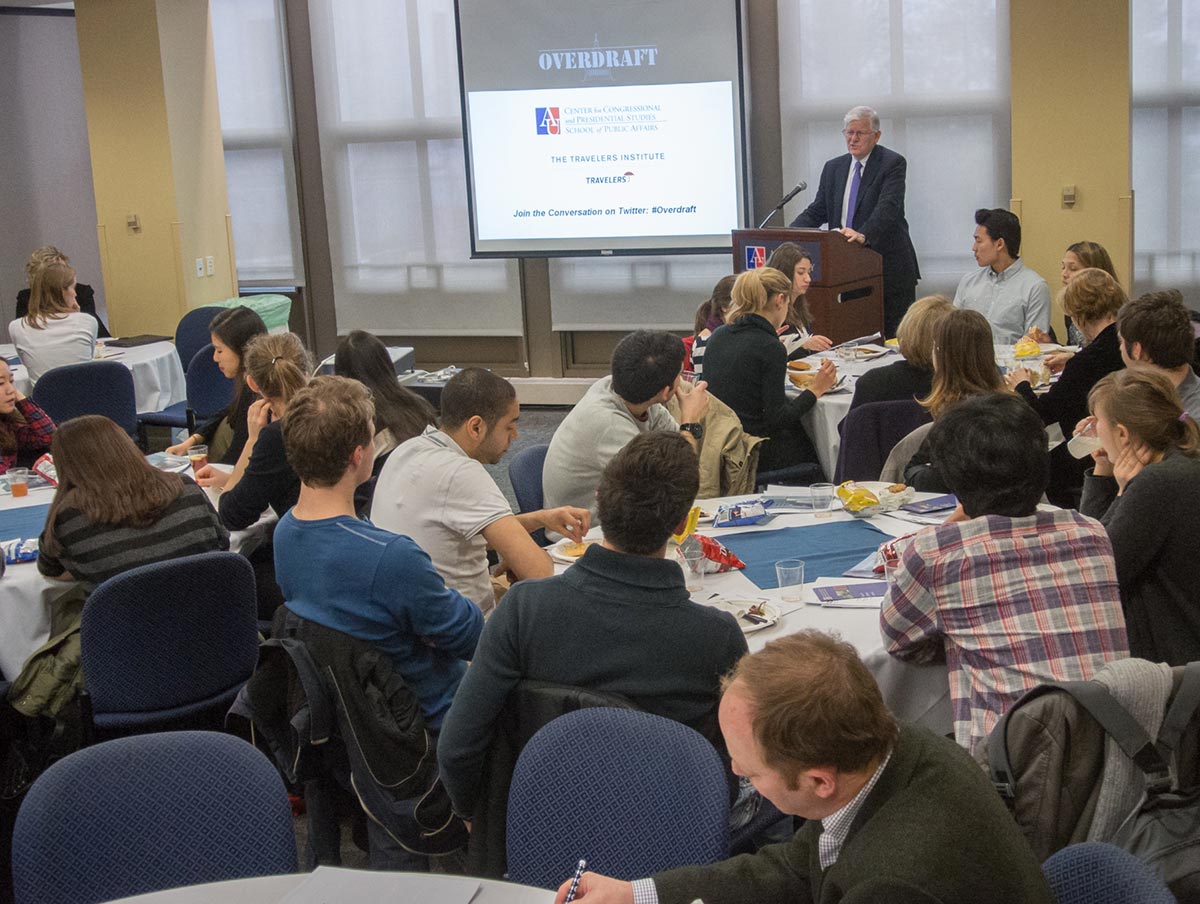 The Travelers Institute returned to the heart of the nation’s debt debate in February 2013 for its second screening with American University in Washington, DC, this time with the Center for Congressional and Presidential Studies (CCPS). Housed within AU’s School of Public Affairs, CCPS was established in 1979 to prepare public policy practitioners and academics for successful participation in the political process. Travelers Institute President Joan Woodward, who earned bachelor’s degrees in economics and political science and a master’s degree in public administration from AU, spoke alongside CCPS Director James A. Thurber, introducing the deficit issue to more than 50 students who gathered for the midday screening. Click for a full summary.