Behind the Scenes at the NYSE: Everything You Want to Know About SPACs, IPOs and Direct Listings

The New York Stock Exchange (NYSE) is a storied financial institution dating back nearly 230 years. Today it serves as the world’s largest equities exchange, where modern-day business innovators and disruptors can capitalize on opportunity in the public markets. In this program, the Travelers Institute provided a behind-the-scenes look at the NYSE and its parent company, Intercontinental Exchange (ICE), and a crash course on today’s financial markets, led by Amanda Hindlian, NYSE’s Global Head of Capital Markets.

Hindlian, who oversees the team responsible for attracting new listings to the NYSE, described how she works with entrepreneurs, venture capitalists, private equity firms and investment banks to advise private companies as they move toward a public listing, whether through traditional Initial Public Offerings (IPOs), Special Purpose Acquisition Companies (SPACs) or Direct Listings.

“I sit at the intersection of public and private markets,” she said, spelling out the two major functions the NYSE plays in the broader economy. The first is matching those who need capital with suppliers of capital, enabling companies to grow and add jobs. And the second is helping ensure the smooth functioning of the capital markets by matching buyers and sellers of securities.

On a smaller scale, she described the daily thrills of watching founders, who have poured all their energy and resources into their companies, take them public for the first time. “The excitement is almost palpable and tangible in the air,” she said. “Sometimes I find myself coming home after work and feeling all that adrenaline. I need about an hour to settle back into normal life.”

The volume of activity in the capital markets and companies seeking to go public has been robust in 2020 and 2021, Hindlian said, noting there were around 500 U.S. IPOs in 2020, up from an average of about 260 per year in the prior decade. The reason for the jump? According to Hindlian, there has been tremendous growth in the size and influence of the private market and private capital funding for an extended period.

“Companies chose to stay private longer and they didn’t struggle with getting capital to grow their businesses,” she said. “What we’re finding today is that it’s affordable and desirable for companies to go public. In many cases, companies are seeking to unlock liquidity from private funding rounds that has been tied up for many years.”

She also noted that other mechanisms for companies to go public are now being used more frequently. SPACs have been around since at least the 1990s, she said, but have seen a substantial uptake in the last few years. SPACs, historically thought of as ‘blank check companies,’ serve as holding companies containing funds raised from an initial public offering. During that IPO, however, the capital is given to a small sponsor team instead of a public company. “What SPAC shareholders are saying is, ‘I trust you, the sponsor team, to go out into the market and assess companies that would be interesting prospective candidates to go public.”

She described how shareholders can either bow out once a prospective company is acquired and take their cash and yield, or they can choose to be a shareholder in the new company.

Hindlian shared that she’s also seen a steady flow of highly mission-driven companies. “It's interesting to see so many companies with a strong ethos in terms of their values look to tap public capital,” she said. Along with that trend, Hindlian observed that “you’re seeing more investment dollars head into the ESG [environmental, social, governance] space than before.”

Hindlian pointed out that despite being nearly 230 years old, the NYSE is a founder-led organization by way of its parent company, ICE, which was created in 2000 and now serves as one of the world’s largest data providers. She noted that data is at the core of everything the NYSE does, so the relationship with ICE has been very beneficial.

For example, she shared that ICE is aggregating data related to ESG metrics across thousands of listed companies. Teams are then synthesizing that information for listed companies or potential issuers to use. “We have this beautiful marriage between modern and iconic, and that’s a wonderful element of our business,” she said.

A community for listed companies

With a network of more than 2,200 listed companies globally and 43 million employees among them, Hindlian emphasized that NYSE’s partnership doesn’t end after listing day. In addition to driving fundamental revenue growth for listed companies and visibility opportunities, the NYSE also has a program to help connect potential Board members with newly listed companies, for example.

“When you get the power of that network and all those companies together, you start to make introductions and connections and provide platforms for companies to share advice, counsel and thought leadership with each other. That community tends to build significant value over time,” she said.

Presented by the Travelers Institute, the New York Stock Exchange, Big I New York and Big I Connecticut 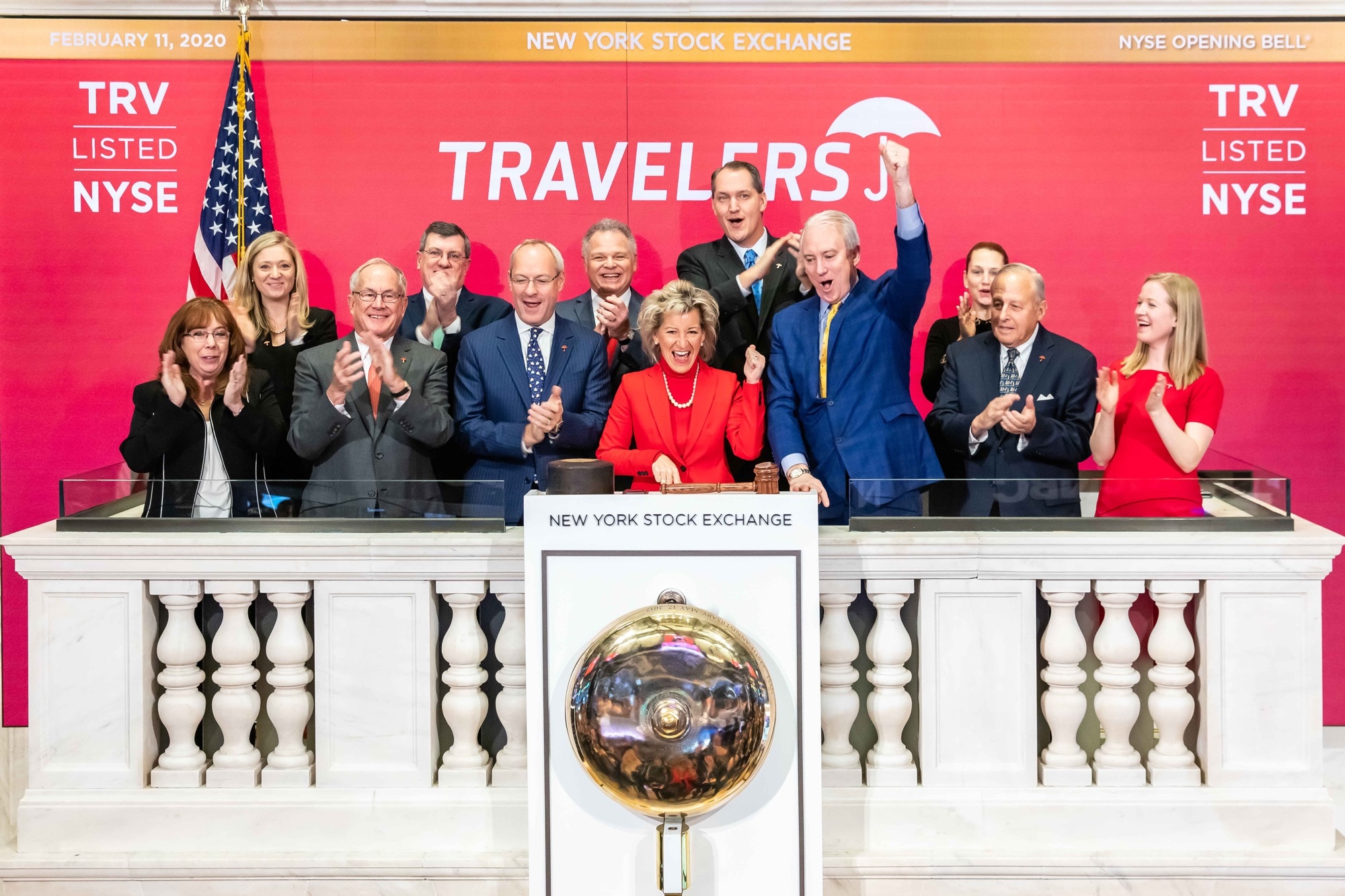 The Travelers Institute rings The Opening Bell at the New York Stock Exchange in February 2020 to commemorate its 10th anniversary.

Join Joan Woodward, President of the Travelers Institute, as she speaks with thought leaders across industries in a weekly webinar.