Electric and hybrid cars are becoming more mainstream as many consumers look for ways to reduce their carbon footprint and avoid the unpredictability of rising gasoline prices at the pump. If you’re wondering if you should be considering an electric vehicle (EV) or a hybrid car for your next car purchase, you may want to weigh the pros and cons of buying a car that’s not your traditional vehicle.

Here’s a look at some of the advantages and disadvantages of electric vehicles.

How Electric Cars and Hybrids Work

Electric cars differ from traditional vehicles in that they're powered by electric motors, not internal combustion engines. Each vehicle depends on a large traction battery pack that stores electrical energy, which in turn powers the electric motor. The electric car gets charged by an "off-board" power source when it's plugged into a charging station or wall outlet.1

During driving, regenerative braking might also charge an electric car. This means that when the driver brakes, some of the energy that would normally be lost during braking generates electricity that powers the vehicle.2

Electric cars don't need liquid fuel such as gasoline or diesel. They also don't need fuel equipment such as a fuel pump, line or even a fuel tank.3

Plug-in Hybrid Electric Vehicles (PHEVs) come equipped with an internal combustion gas engine as well. They run on electricity until their batteries run out, then switch to the gas engine. These cars do need liquid fuel.5

Some other fully electric vehicles don't need to be plugged-in. Instead, they depend on wireless or inductive charging for power. By parking over a special grey metal pad, these ultra-modern and increasingly popular electric vehicles charge using electromagnetic energy, similar to how a smart watch charges. There are several automobile manufacturers who have wireless electric vehicles or hybrids in the works or already out in the market.

Do You Really Save Money with an Electric or Hybrid Car?

Typically, electric cars have a higher up-front cost than traditional internal combustion vehicles or hybrid vehicles. Depending on where you live, you could qualify for a state incentive. For example, California's Clean Rebate Vehicle Program offers eligible state residents up to $7,000 towards the purchase (or lease) of a "new, zero-emission or plug-in hybrid light-duty vehicle.”6

Although the hefty startup costs fall under the "Cons" category for electric and hybrid cars, these vehicles generally cost less to run due to lower (or no) fuel costs, because it typically costs less to run a car on electricity than with gasoline.

Electric or hybrid vehicles also may enjoy auto insurance discounts for greater savings. So, in the long run, one of the "Pros" of owning an electric car could be the savings.7

Electric Cars and the Environment

Are electric cars good for the environment?

According to the U.S. Environmental Protection Agency, yes. The EPA says that, despite the fact that electricity production can contribute to air pollution, all-electric cars fall into the category of zero-emission vehicles, because they don't produce direct exhaust or tailpipe emissions. Reports from California's Drive Clean program find that electric cars significantly reduce smog and greenhouse gas emissions.8

Today's electric car drivers have the option to charge their vehicles by plugging the vehicle's charger into the electrical power grid at home, work or at special charging stations. The three main types of chargers include:9

Therefore, the amount of time required to charge an electric car varies. If the battery gets completely drained, it could take anywhere from 20 minutes (with a "DC Fast Charge") to more than 20 hours (with Level 1 charging) to fully charge the car.10

How Far Does an Electric Car Go on One Charge?

Here's a potential downside to electric vehicles. The current versions generally don't go as far on one charge as their internal combustion engine counterparts do on one tank of fuel. Most electric cars range from 80 to 100 miles with a fully charged battery, although some luxury models report ranges of up to 250 miles. Electric cars may be fine for commuting, but longer trips may require planning to identify where along the way the driver can recharge.11

It's also important to understand that driving conditions significantly impact the driving range of electric vehicles. For example, extreme outdoor temperatures might reduce range since cooling or heating the vehicle takes additional energy, depleting the power stored in the batteries. Driving fast, rapid acceleration and pulling a heavy load such as a trailer all contribute to reducing the driving range of electric vehicles.

PHEV Hybrids typically have shorter ranges, of anywhere from six to 40 miles when just using battery power. However, they can also switch over to an internal combustion engine, (running on liquid fuel such as gasoline) when the battery is depleted.12

If you're considering going with an electric or hybrid car for your next vehicle, research your options carefully, and review the pros and cons. Think about how an electric car would impact your life on a daily basis. For example, do you know where the charging stations are in your area and how often you might need them? Taking the time to gather information and review your data can help you make a wiser buying decision.

Once you’ve made your decision, consider your insurance options. Check out Travelers car insurance and make sure you have the coverage you need.﻿﻿ 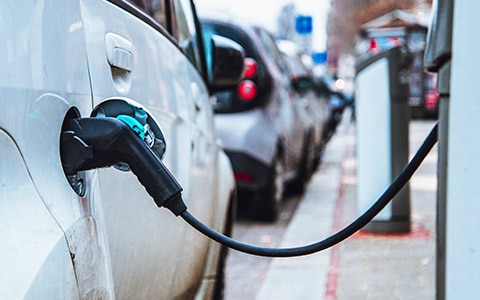 4 Things to Consider Before Buying a Hybrid Car

Some factors to consider before buying a hybrid car include whether to buy used and if you will qualify for insurance discounts. 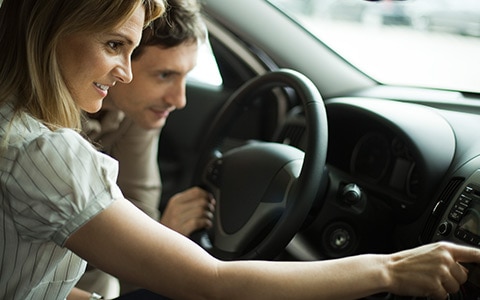 5 Tips for Buying a New Car

It's tempting to buy a new car that looks great and is fun to drive, but you should also consider safety and insurance costs. 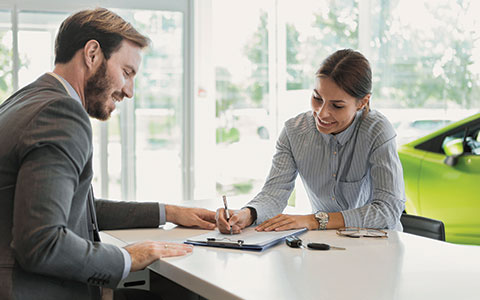 Thinking about leasing a car? Here’s a list of pros and cons to consider, and learn how to lease one. 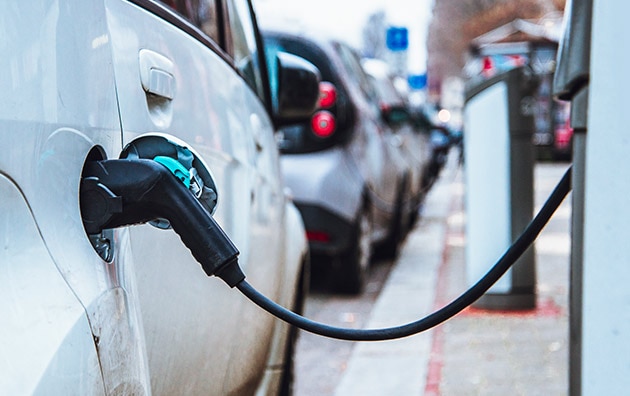 4 Things to Consider Before Buying a Hybrid Car

Some factors to consider before buying a hybrid car include whether to buy used and if you will qualify for insurance discounts.

See how bundling multiple policies, a safe driving history or low mileage can make all the difference on your monthly premium.

This liability coverage may go above and beyond your car and home insurance policies to help protect you from unexpected events.

It’s important to know what’s included in your basic car insurance coverage, the policy limits and what, if anything, you may need to add.