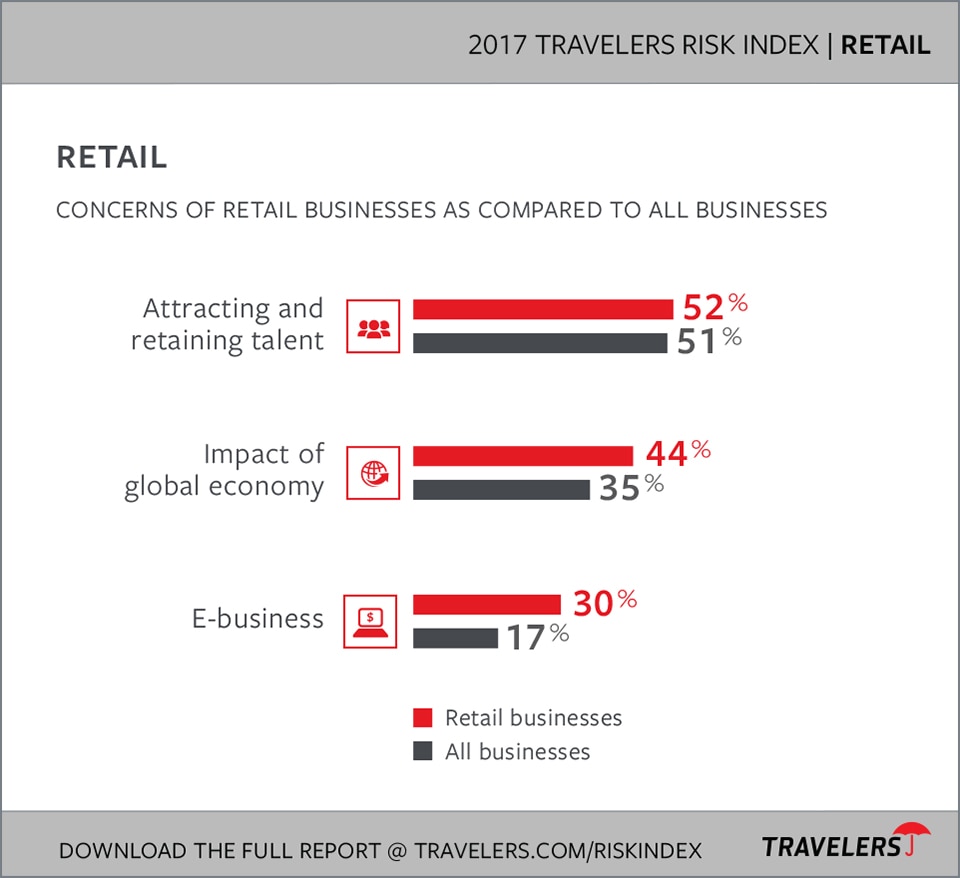 Retail businesses reported greater concerns than businesses overall about attracting and retaining talent, the impact of the global economy and e-business, which is the increasing use of digital, including mobile, platforms to conduct commerce, and make online purchases.

Fewer than one in three retailers (29%) said they were very confident that they are properly insured. They are concerned about legal liability, with 48% reporting worrying a great deal or some. Worries about financial issues affect 43% of retailers either a great deal or some, and 29% also report concerns about corporate reputation.

Cyber exposure, again, is a leading worry for retail businesses, with only one in five very confident in their ability to mitigate a cyber incident. Twenty-nine percent selected a cyber attack as among the top risks they are the least prepared for. Among the leading cyber worries for retailers: their computers becoming damaged or going down, and the potential for theft or loss of control of their consumer or client records.