What Worries Consumers and Businesses the Most in 2016? 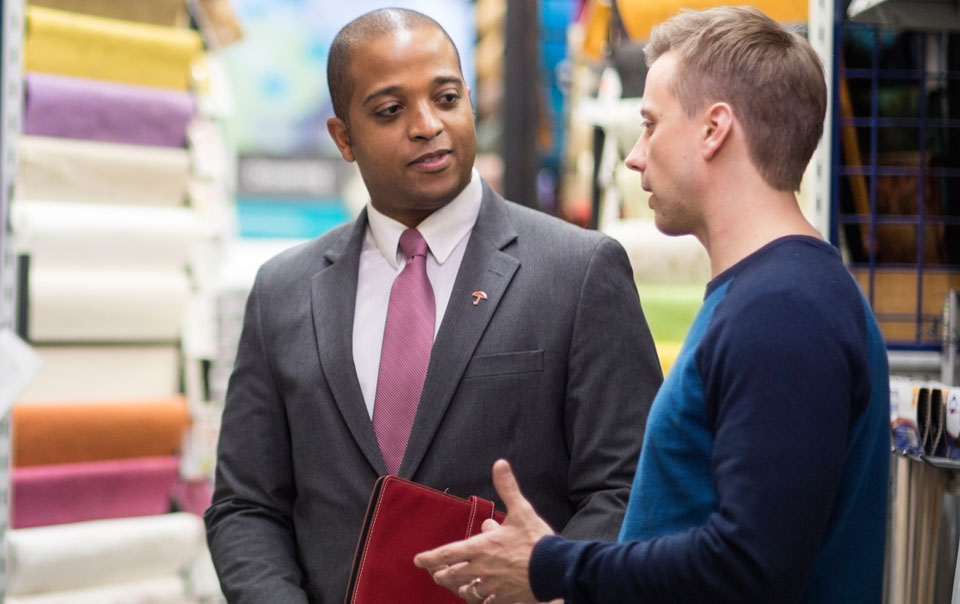 Business leaders and consumers share many common concerns, according to data compiled from the 2016 Travelers Risk Index. The annual survey found that cyber risk is still considered one of the greatest risks facing both Americans and American businesses. And while businesses worry more about the implications of getting hacked, consumers are primarily concerned about personal privacy loss, identity fraud and cyber threats.

Medical cost inflation, increasing employee benefit costs and cyber-related technology risks/data breaches again topped the Travelers Risk Index for business concerns in 2016, although the overall proportion who felt the business environment is becoming more risky declined slightly from 2015 to 2016, from 44 percent to 41 percent. 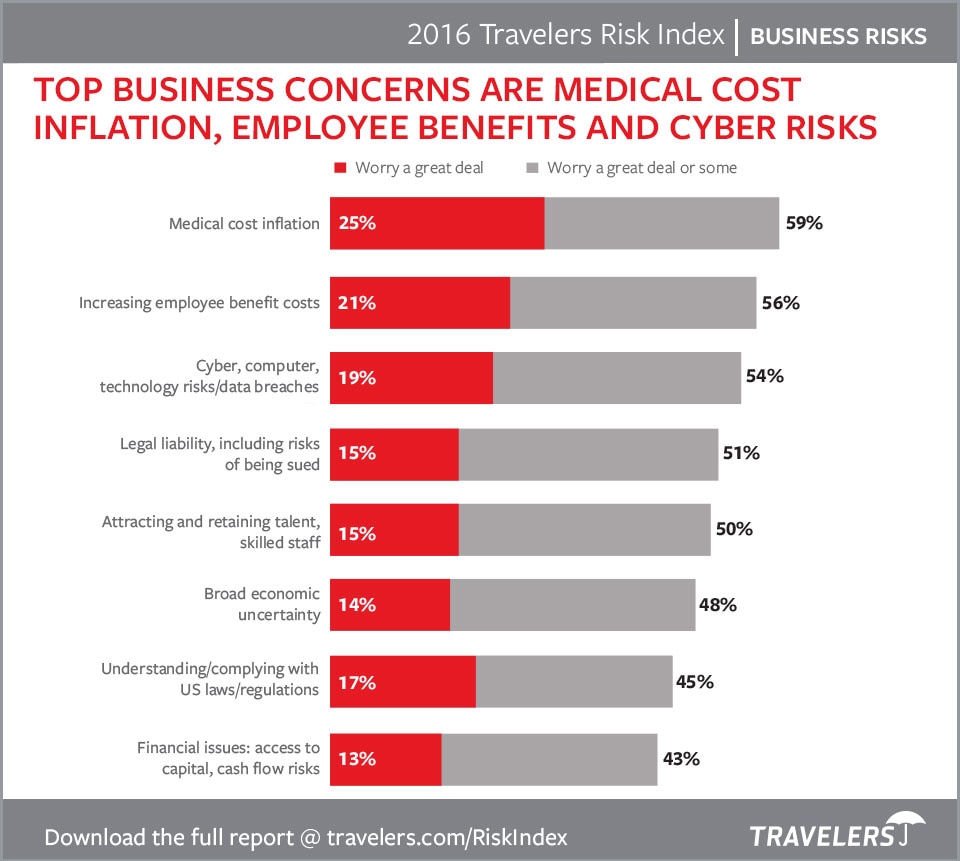 Businesses also cited a changing workforce and technological change as leading business disruptors, the key trends that have the potential to change the way that business is conducted for many industries. They report that talent management is a key business concern, with the ability to attract and retain the right kind of talent being one of the leading perceived business risks, particularly among mid-sized and large businesses.

While managing talent is a concern, only 40 percent of businesses surveyed reported that they transfer knowledge from retiring staff and only 60 percent reported that they provide employee safety training. These business practices can help promote a safe and well-trained workforce.

While cyber remains a key concern, close to two-thirds of businesses surveyed reportedly have not taken basic prevention measures, such as providing employee data protection education and practices or creating a cyber/data breach incident response plan. Other concerns vary by industry.

Among consumers, financial concerns, personal safety concerns and personal privacy loss/identity theft (ID Theft) were among their top worries. A majority (56 percent) of consumers continue to view their world as riskier, while one in eight feels it is becoming less risky. 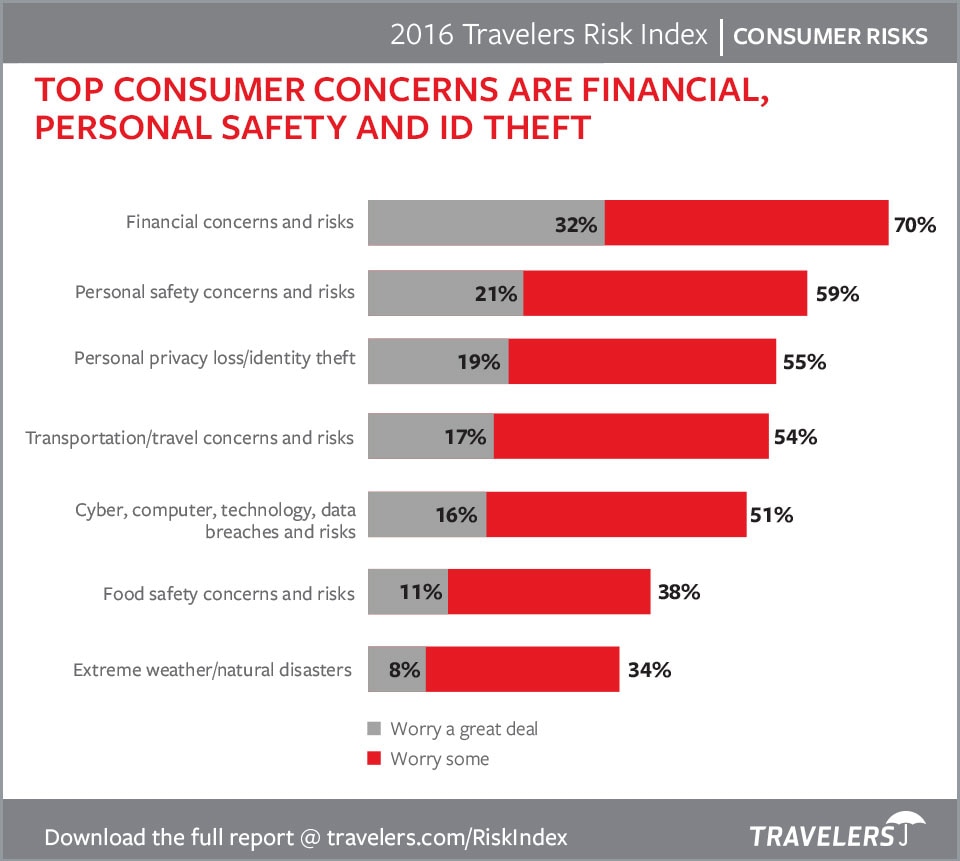 Change also played a role in the risks consumers found pressing in 2016, as they reported being worried about having the right skills brought on by emerging technological changes. Emerging risks that cause the greatest concern are global and political conflict, terrorism, and social unrest; cyber threats from the increased use of Internet-connected devices; and American jobs moving overseas.

Consumers’ top-ranked concern about cyber risk relates to fear of one’s bank or financial accounts being hacked. To address those concerns, the most common measures consumers report taking include choosing strong passwords, limiting the amount of personal information shared online, and keeping one’s web browser and network updated and secure.