What Worries Consumers and Businesses the Most in 2017? 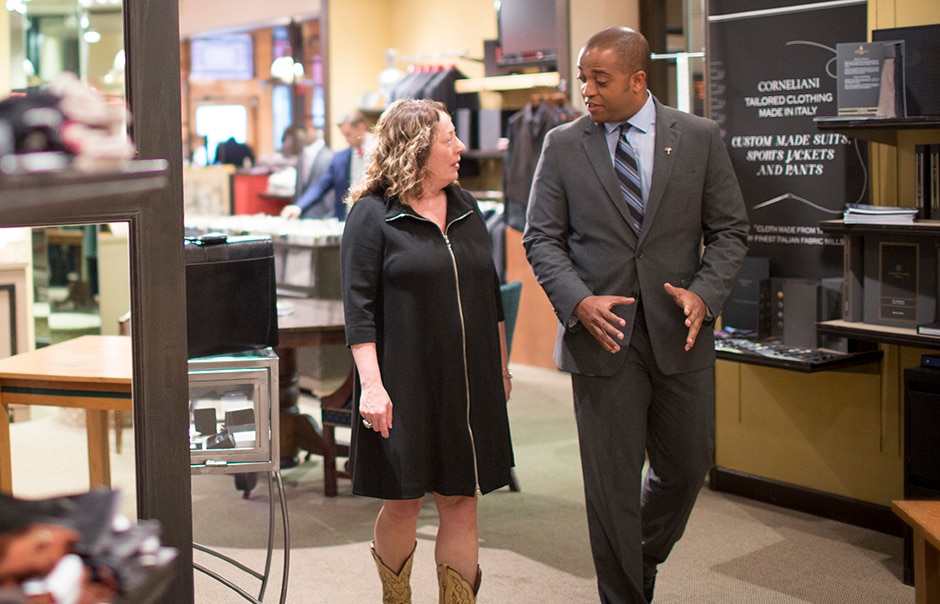 Businesses and consumers share some key concerns, according to the 2017 Travelers Risk Index, an annual survey of how the two groups perceive risks and what steps they take to mitigate them. Once again, financial concerns top the list of what American consumers and businesses worry about most.

Other shared concerns include cyber threats, driven by our interconnected world and the Internet of Things. Distracted driving, the changing workforce, emerging technology, extreme weather and safety are other concerns shared among the two groups.

Fewer American consumers and business owners and executives are saying the world is getting riskier, according to the 2017 survey. The perceived overall risk outlook has been steadily improving since Travelers began surveying consumers in 2013 and businesses in 2014. 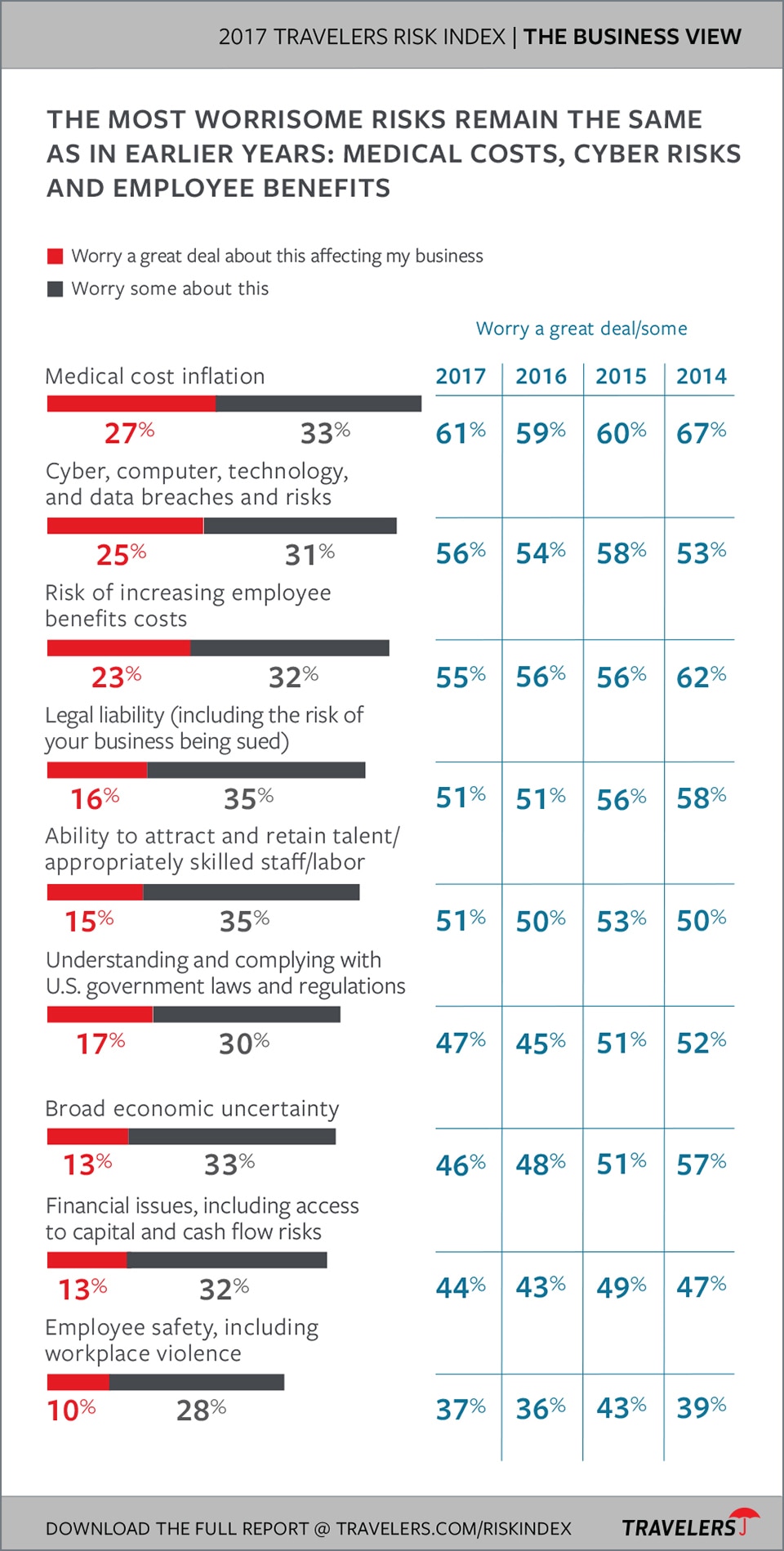 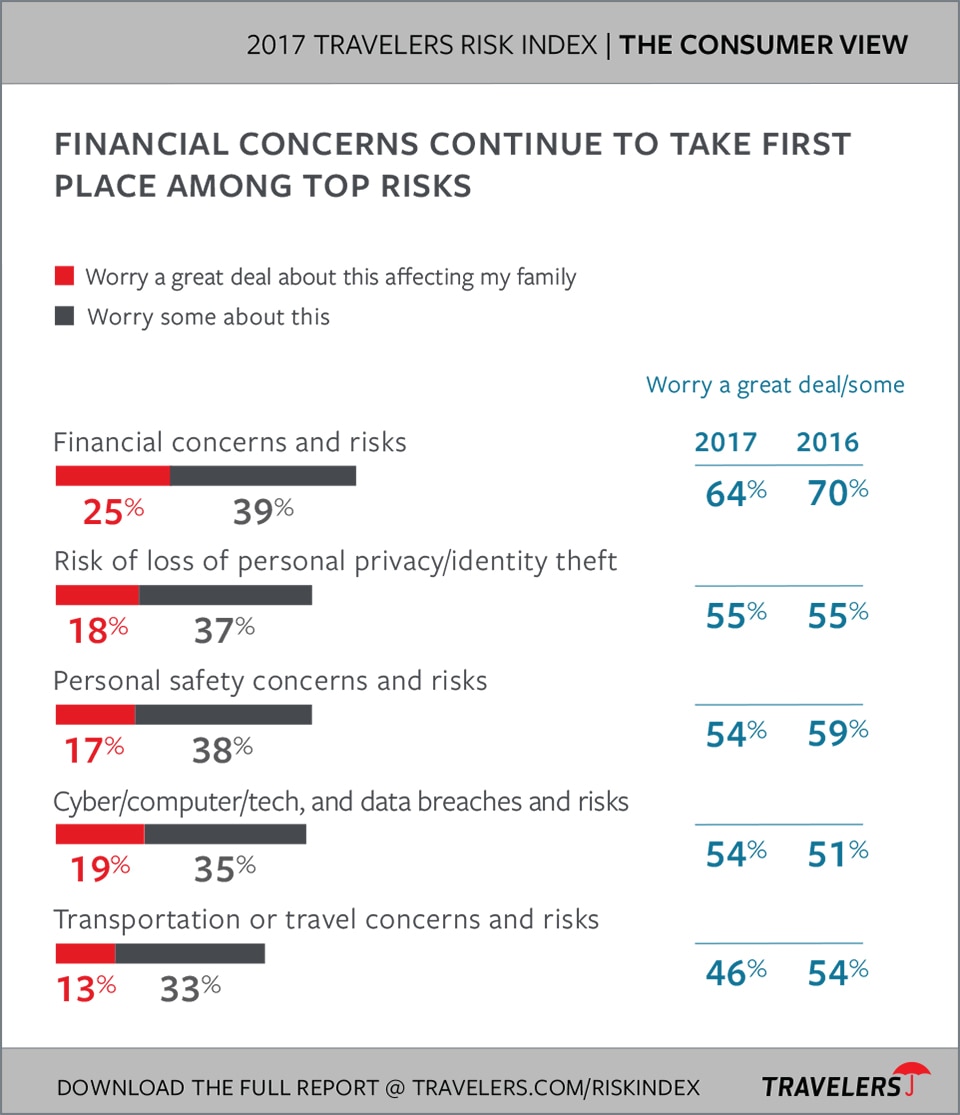 Get the 2017 Travelers Risk Index
Download the report
Top Stories

Talk to an Agent

Find an agent near you to discuss your specific coverage needs.